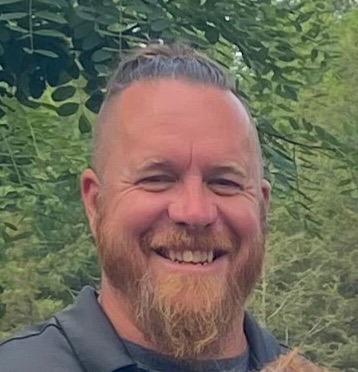 Jared grew up in Rochester, MN and moved up to the Twin Cities for college at the University of MN. While in college, he met his wife Naty and they were married in August 1999. They have three children…Aaron, Zach and Hannah. Jared and Naty began attending Hope Community Church on the U of MN campus in 2000 and have been here ever since. They bought a home in Columbia Heights in 2001 and love the community. Jared has been involved within the community. Jared and Naty helped to start Hope’s church plant in Columbia Heights in 2020 and now call Hope Heights their church home.

Much of Jared’s time is spent being involved with his kid’s activities. He has coached baseball, basketball, soccer, and football. Now that they are older, he enjoys watching them do what they love! He has worked as a middle school design teacher in Robbinsdale, MN since 2003. Jared enjoys golf, camping, boating, watching TV and movies, and just sitting around in a good ‘ole rocking chair